REGISTRATION: Teams must register at the MANDATORY REGISTRATION. Mandatory Registration is at the check- in/Registration tent at the field of the first day of play a minimum of one hour before the team’s first game. Failure to appear on time at mandatory registration will result in automatic disqualification from the tournament without a refund. By registering your team, you are committing to play all games scheduled for your team. Games not played will be classified as a forfeit under the rules below. ALL teams are committed to playing ALL games, as scheduled.

CREDENTIALS: This is a Cal South USSC sanctioned event. At the Mandatory Registration, teams must provide the required credentials. All teams must provide valid laminated Player I.D. Cards with photographs, signed Medical Release Forms and coach or manager administrator card. Valid laminated player ID cards are Cal South ID cards, AYSO ID cards, US Soccer Club ID cards. NO PLAYER CARD=NO PLAY. Players may use valid player cards from the 2020/21 season and/or the 2021/22 season. A combination of years MAY be used. Teams rosters will be frozen once a team has completed check in (applies only for players). Game cards/team roster will be issued at check in

GUEST PLAYERS: Teams may use an unlimited amount of guest players as long as they have the proper credentials, but are still subject to the maximum roster size rules above.

games ONLY for the U12 (2011) birth year games. Deliberate heading is NOT ALLOWED for the U11 (2012) birth year games. Punting or drop kicking the ball by the GK WILL BE ALLOWED. Goals may not be scored directly from kick-off. There is no build out line on 9 v 9 games. Substitutions are unlimited and can occur at any stoppage. For more information on short- sided game initiatives from US Soccer click here:

* Preliminary Games. A game is "complete" upon completion of one half of play regardless of the circumstances of termination during the second half with final results based on the score at the time the game is called. Preliminary games can end in a tie.
** Semi-Final or Final games tied after regulation will go directly to FIFA Kicks from the Mark to determine who the winner is.

HALF TIME: Halftime will be exactly five (5) minutes for all age groups.

GAME CHECK-IN: Referees will perform safety checks prior to the start of each game. Field marshals will maintain game reports. Team managers must bring all player cards to every game, but do not need to provide player cards to field marshal or referee unless asked to do so. All semifinal and final matches will involve a full roster check-in. Tournament staff will conduct spot checks throughout the weekend and in response to requests from other teams in the age group. If a team is unable to produce player cards upon request will be disqualified. Any coach or player receiving a red card or being sent off from a game will have his player card surrendered to the referee until the required suspension has been served.

SUBSTITUTIONS: Teams may substitute only with the referee's permission at any stoppage of play. Substitutions shall be unlimited.

PLAYERS’ EQUIPMENT: It will be at the game Referee's discretion to determine the safety and suitability of player equipment including the wearing of a hard brace or cast. Referees will perform safety checks prior to the start of each game.

COACHING: All Coaches have total responsibility for the conduct of their players, substitutes, friends and spectators at all times.

CAUTIONS AND EJECTIONS: A player receiving two cautions (yellow cards) in a single game will be given an ejection (red card). A player who has been ejected (sent off), will not be replaced. A player who has been ejected will not return for that game and will not be allowed to participate in the next scheduled game. A player who is ejected for violent conduct will not be allowed to participate in the next TWO scheduled games, at a minimum. Further suspensions for Violent Conduct or Referee Abuse may be issued at the discretion of the Tournament Director or tournament official. Any player or coach who assaults a referee will be expelled from the Tournament. A coach who has been ejected (sent off) will be suspended the same as a Player ejection. During game suspension(s) for coaches: there can be NO contact between the team and the coach during the game and the coach must be out of sight and sound of the field. Additionally, the coach must not be involved in unacceptable conduct (defined as coaching his/her players by any means or method, or harassment of opponents/players/referees/staff). Failure to adhere to this rule will result an immediate ejection from the tournament for the coach.

INJURY: Additional time will not be added to the game for injuries. All games will be played on a running clock.

TOURNAMENT COMPETITION REFEREE DECISIONS: The decisions of the referee regarding facts connected with play are final.

DETERMINING WINNERS: Teams will be awarded points on the following basis:

In the event two teams are tied in points at the end of bracket play, the teams to advance will be determined as follows:

1. The winner in head to head competition

6. If a tie still exists after steps 1 through 5, a coin toss will be made with two tournament officials and both team’s coaches present, the result of which will then be communicated to each team.

FORFEITS: An automatic forfeit will be given if any of the following occur:

2. A team fails to check in at Mandatory Registration.

All teams who forfeit will have the game(s) scored a 0-1 loss. The winner will be awarded three (3) tournament points for a forfeit. With regards to #1 above and in the case that players, coach or player cards arrive after the match has been forfeited, by mutual consent the teams may elect to play a shortened match that must end at theoriginally scheduled end time for the match.

PROTESTS: No protest or appeal process exists for disputes on or off the field.

DISPUTES: Game conduct is under the jurisdiction of the referee and the tournament will not overrule a referee’s decision. All disputes off the field of play will be settled by the Tournament Director or by his/hers designee and the decision will be final.

GUEST TEAMS: The Tournament may accept a team as a “Guest Team” in order to fill a late vacancy in a Division. Guest Teams cannot advance out of Bracket. Guest Team game results are predetermined to be a 1-0 loss against the Guest Team. The opposing team is awarded three points.

1. NO alcoholic beverages are allowed inside the park or parking lot

2. No dogs are allowed at WALNUT RANCH PARK.

3.Drive cars only in designated areas.

5. No participants or spectators are allowed on the fields prior to 6:30 am.

6. All participants and spectators that violate the above rules will be removed from premises and not be allowed to return.

TOURNAMENT PLAY OLDERS WEEKEND ALL DIVISIONS: All age groups and divisions are guaranteed three (3) games scheduled between Friday, Saturday and Sunday. Two teams will advance to finals on Sunday. All teams are expected to show up for all games. If a team forfeits one game all their remaining games will be counted as a forfeit

All referee decisions are considered final. Red cards and ejections will not be rescinded. We will not review any video to support any protest, objection, complaint or matter of judgement. Cheating will not be tolerated. Any team caught cheating, in any manner, will immediately be forfeited out of the event and will not be accepted in to any event in the future.

WAIVER OF LIABILITY: If accepted to participate in the DBWV Thanksgiving CUP you agree to release, indemnify and hold harmless the DBWV Thanksgivings CUP, Diamond Bar Walnut Valley Soccer League, FC MAN UNITED and CALIFORNIA YOUTH SOCCER ASSOCIATION, officials, coaches, referees, sponsors and/or representatives from any action brought about through claims, lawsuits or any type of judgements that may arise out of any injury, physical or monetary to members posted on your submitted game roster

The tournament director has the right to amend and/or change the above rules if he/she feels it is necessary for any reason. 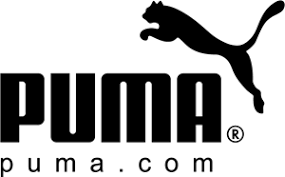